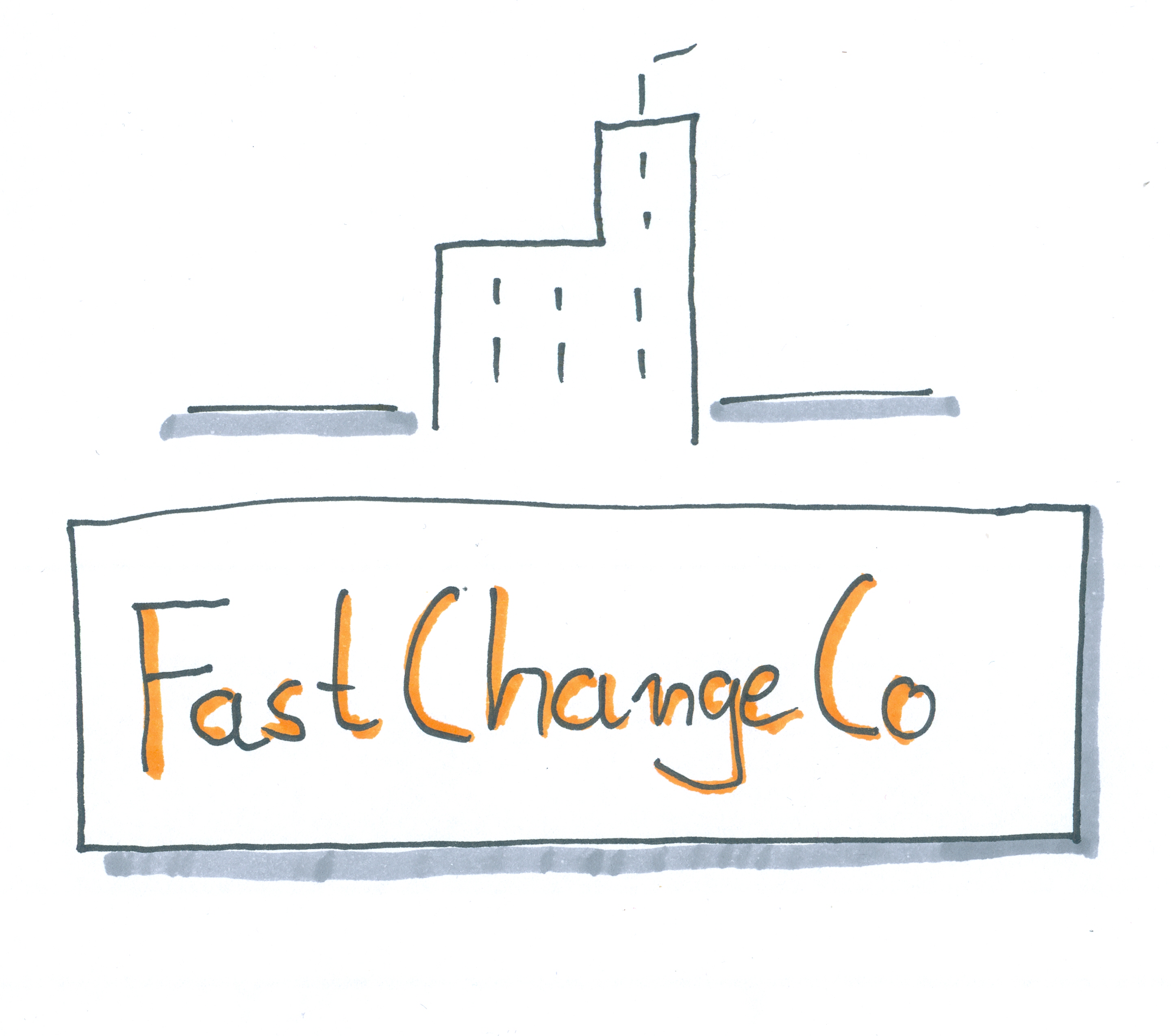 We are back again after a long time, with a new webinar. The last one, we (Mathias and I) did together is almost four years ago. Time flies by! What's up this time?

The fictitious company FastChangeCoTM has developed a possibility not only to manufacture Smart Devices, but also to extend the Smart Devices as wearables in the form of bio-sensors to clothing and living beings. With each of these devices, a large amount of (sensitive) data is generated, or more precisely: by recording, processing and evaluating personal and environmental data.

The company FastChangeCo is a fictitious company I developed in 2015 to illustrate problems, challenges and opportunities our customer had in their projects. I used FastChangeCo successfully during my talks, workshops, trainings, coaching and projects.

FastChangeCo is a company founded in the early 20th century. Today, we would say it was a Start Up. The founder, Mr. Fast, had great ideas for building assembly lines which came up in the early 20th century used by Ford and others. During the following decades his company grew to become a big player in the nineties of the last century.
Nowadays, FastChangeCo has thousands of employees and thousands of products in different industries and billions of revenue.

There are no up-coming events